5 Myths and Truths About Breast Sagging 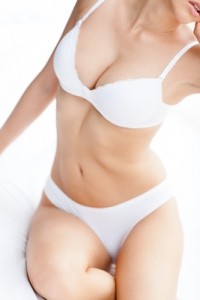 “If you don’t want your boobs to hit your knees by the time you’re 30, always wear a bra, even to bed,” Halle Berry recently said to a reporter of InStyle magazine. The star, who claims to wear a bra 24/7 and thinks this is the reason for her perky breasts, may be misinformed, though. Why don’t you tackle this true-or-false quiz to see how much you actually know about breast drooping?

1. Breasts droop as women get older

TRUE. During the process of aging, the Cooper’s ligaments stretch and the connective tissue in the breasts consisting of collagen and elastin slowly break down. This results in losing the once so perky-looking breasts. When women go through menopause, fat replaces some of the dense breast tissue, which also contributes to the sagging of your breasts.

FALSE. We‘re so sorry to tell you this: Nothing can prevent your boobs from going south. Contrary to what Halle Berry believes, a bra holds up your breasts and shapes them the way you want, but it can’t prevent drooping because drooping is caused by gravity and age. A French researcher even claimed recently that wearing a bra supports breast sagging due to the fact that this weakens the supporting tissue. There is one exception, though: Sports bras help prevent extreme bouncing of the boobs and the breakdown of breast tissue while women do high-impact exercises or running.

3. Your breasts stay perky with the right exercises

FALSE. As breasts are mainly made of fatty tissue and not muscle, there’s actually nothing in the department of tightening and toning. So all the exercises in the world can’t reduce the sagging. Chest exercises do help improve the looks of your pectoral area by strengthening the Cooper’s ligaments and other surrounding ligaments. This, in turn, may improve the appearance of your girls a little by giving them a livelier look.

4. Breastfeeding is a major cause for sagging

FALSE. In 2008, the Aesthetic Surgery Journal published a study concluding that breastfeeding isn’t a risk factor for ptosis or breast sagging. The real reason is pregnancy itself. Gaining weight during pregnancy often causes ligaments to stretch, which may lead to sagging later. While avoiding drooping altogether is impossible, you can try to minimize it by sticking to a normal, healthy weight gain during pregnancy.

5. Sun tanning and smoking affect the looks of your breasts