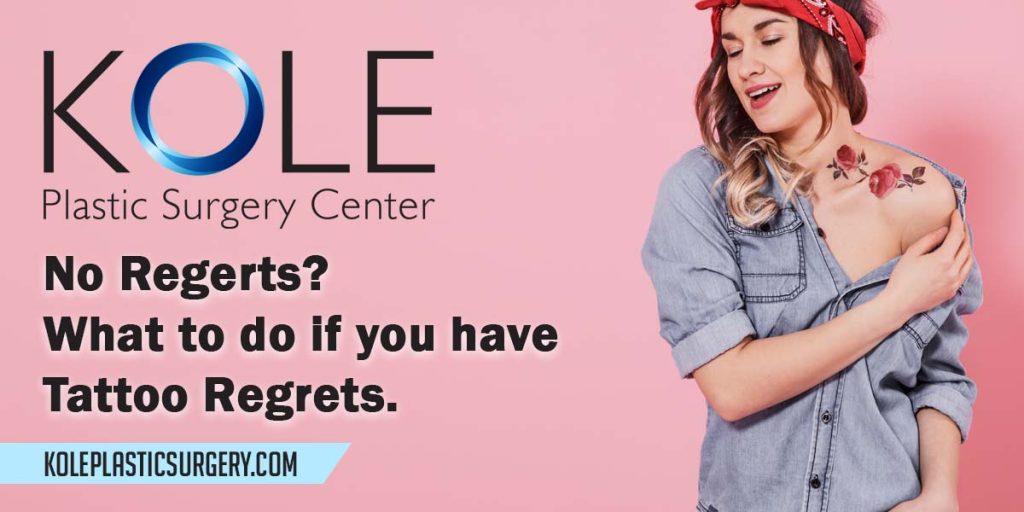 Tattoos are now as common as ear piercings and hair coloring as a body modification. It’s how we tend to find our “uniqueness.” The tattoo industry is more popular than ever and are a common part of mainstream society with an estimated 46% of people in the United States have at least one tattoo.

It’s also quite profitable. Hiring a tattoo artist typically costs $120 to $150 per hour, which also makes it affordable. 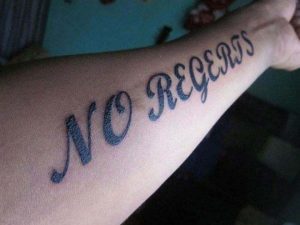 Still, there is another trend that is very popular in tattoos — regret. Nearly 26% of those with tattoos come to regret their decision and almost 15% want to have or have planned to have their ink removed.

Tattoo Removal Is On The Rise

Tattoo removal services have grown by over 400% in the past 5 years. It’s clear that as popular as tattoos are, tattoo removal is becoming an increasingly needed service.

So why do so many people change their minds when it comes to their tattoos?

Some say the top reason is being “too young” when the decision was made. Typically, these men and women chose artwork that reflected their personalities at the time, but they have since developed a stronger sense of self or a different lifestyle. 26% of inked millennials regret their tattoos and attribute their age when they had them done as a factor, especially as those getting tattoos, especially with parental consent, is getting as young as 16 or lower.

Another reason tends to be job prospects and employability. 70% of US business owners do not favor tattoos on employees and have unfavorable opinions of job applicants with visible tattoos.

Amongst those who regret their tattoos are also those who admit to falling victim to one of the most widely-recognized mistakes in tattoos — permanently marking your body with the name of a current significant other. Relationships may not last, but tattoos are forever.

Other reasons for tattoo removal are poor designs, misspellings, workmanship, and a lack of meaning in the tattoo design, or simply just wanting to start over with something new.

I want my tattoo removed, now what?

So now that you have decided that the thrill of your body art has fallen by the wayside, what can you do? If you are unhappy with the design adorning your skin, you can look for a qualified tattoo artist who specializes in cover-ups. Be advised, not every tattoo artist has the skill and proficiency needed to properly cover your ink. This is only an option if you are generally happy still having a tattoo and just want to change the current design.

If you want total removal of a tattoo, we have your solution.

If you just want your tattoo to disappear, The Kole Plastic Surgery Center offers tattoo removal with the proven PicoSure® laser system. Laser tattoo removal works by breaking up the ink pigment in your skin, and no other laser does the job better than the PicoSure® laser. PicoSure® utilizes PressureWave™ technology to more thoroughly disrupt the tattoo ink. The system destroys tattoo ink faster than other systems, including resistant colors such as greens and blues.

We have even successfully removed tattoos that could not be eliminated with other laser systems. The ultra-short pulses of laser energy from the PicoSure® system generate a photomechanical impact that literally smashes the ink into very small particles that your body absorbs naturally.

Several treatments are needed for most tattoos, and the number of treatments depends on your skin type, as well as the age, color, and quality of the tattoo. Dr. Kole personally performs all laser tattoo removals himself.

Leave your regrets behind and get expert tattoo removal with The Kole Plastic Surgery Center. For a complimentary PicoSure® laser tattoo removal consultation with Dr. Edward S. Kole, please call our office at 215-315-7655. We are conveniently located at 1122 Street Rd, Southampton, Pennsylvania. 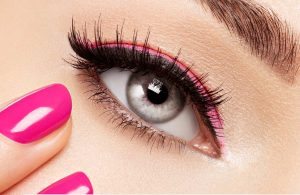 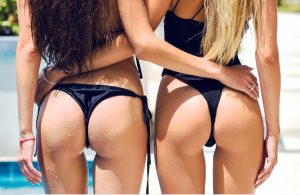 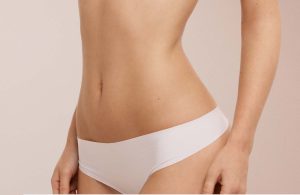 The Benefits of Getting Liposuction