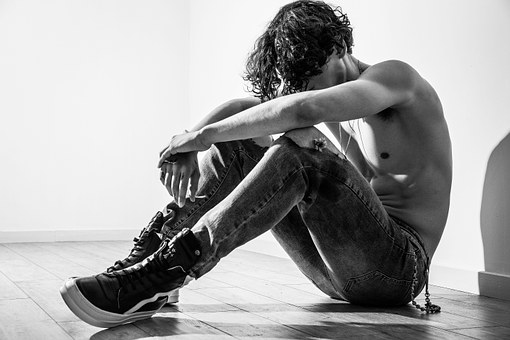 People often make the mistake of assuming that issues with body image are solely for women. That couldn’t be further from the truth, however. There are countless males all around the planet who have serious issues that relate to satisfaction and their physiques. Men often look in the mirror and at photographs only to feel upset by the way their chests look. They frequently look at themselves up close only to feel disgust with their bodies in general. It’s a major epidemic of sorts.

How do men react to troubles that relate to bodily satisfaction? They sometimes resort to adjusting their dietary practices. If a man feels concern about immoderate body weight, he may opt to restrict his calories substantially. There are men with problems that are the total opposite, too. There are some men in this world who have concerns that relate to being too thin or “scrawny.” These men may choose to handle their situations by eating foods that are brimming with calories. They may participate in excessive exercise sessions that involve weightlifting as well. Adding muscle mass may be an option for men who have issues that involve the appearances of their bodies.

Options for Men Who Have Issues With Their Bodies

There are options out there for men who have issues that involve their bodies and how they look to others. Men who feel dissatisfaction don’t have to toil in misery. They can take action as a means of bettering their existences and self-worth levels. There are plastic surgery procedures that are fitting for men who want to revamp their bodies and physical appearances overall. The cooperation of a plastic surgeon may aid a man who believes that he needs to get a breast reduction. Plastic surgery may aid a man who wants to adjust the appearance of his face, too. Nose surgery isn’t something that’s designated solely for women. Men often make the choice to get nose jobs or rhinoplasty as a means of bettering the appearances of their faces and profiles.

How exactly can plastic surgery aid men who have issues with their looks? It can give them self-worth boosts that are unparalleled. A man who gets plastic surgery may feel a lot freer. Cosmetic surgery may encourage him to take more positive “risks” in life. It may encourage him to get out into the world and socialize and interact with others. People who feel badly about their looks often reject society day in and day out. They often feel as though they don’t have the energy to face the individuals who are around them. Plastic surgery can be fitting for men who want to look better. It can be just as fitting for those who want to feel better as well. Self-worth upgrades can be game-changers for men regardless of their age classifications, careers and personality types. Contact us at Kole Plastic Surgery Center in Southampton, Pennsylvania to get a complimentary plastic surgery consultation. We’re a Bucks County plastic surgery favorite.